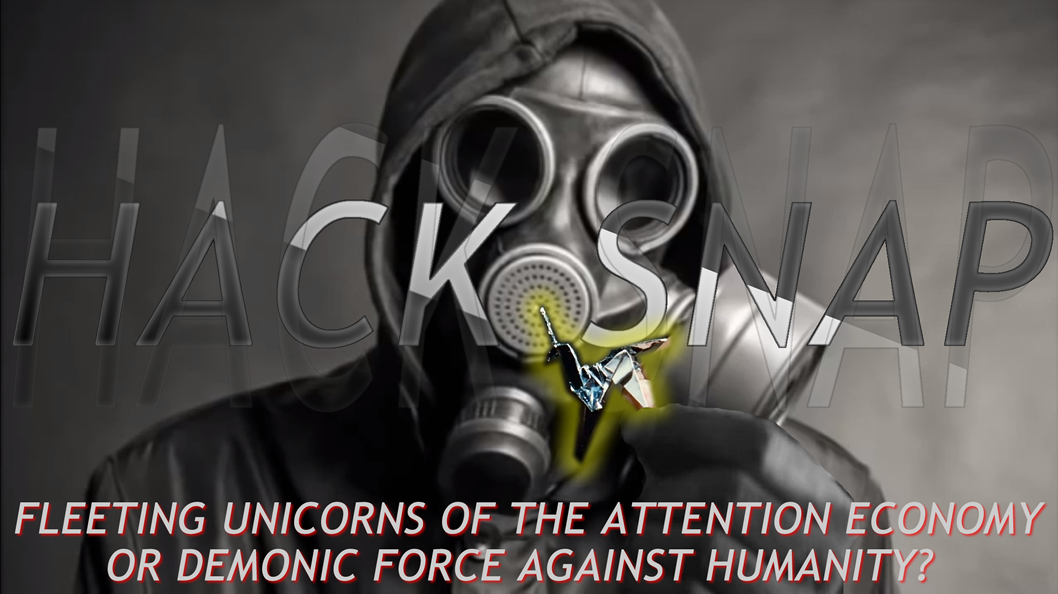 The brilliant thing about Snap Inc, is they surfed the zeitgeist of our disappearing moments.  Moments that we ourselves barely remember because of the increased demands on our attention.  We have become myopic by placing our attention primarily on the application of our life remote-control.  We have become photographers, celebrities, web site designers, self-branders and curators of memes that reflect us all while concentrating into a concentric tiny little rectangle.  Our bodies, like medieval scribes copying religious texts, within the frame of an app that gives us its way of doing it, and delivers that  to an audience with filters of authenticity for good measure.  If Shakespeare were alive he would declare, To be or not to be!  Then ask what filter to put on to make it palatable, is the question.

Our texts to each other are vital at certain moments and not that #vital in others.  At times, dangerous.  Most are messages of letting go of the device, managing people away from us, being busy, artistically designing our relationship with other people based on our textual pacing behaviors.  The absence of presence is a strange phenomenon here.  We judge each other based on responsiveness to what basically amounts to an instantly dispatched telegraph.  I am here.   You are there.  Good.  Nice!  C U SOON.  Or never.  Next.  The economy of fleeting moments emerges. 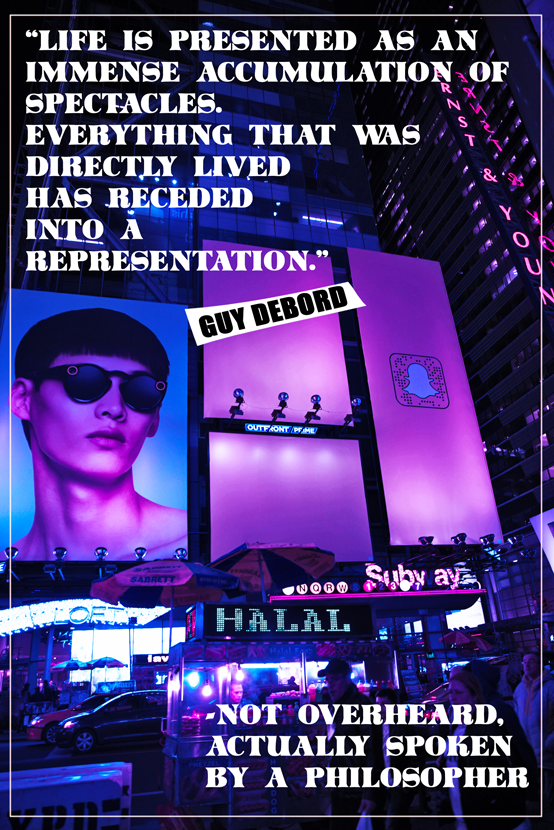 Rather, our lives under the post-modern information age, or PoFo, has become increasingly temporary with our relationships fleeting, our friends deletable on a whim and our reconciliations laughably rare.  Unless we happen to read a How-To-Properly-Reconcile article that delivers top 10 tips on the subject.  We don’t have to.  Life is fleeting, after all, and since we’re all subscribed to the same digital glue the next model is on its way.  As new models enter thought, replacing those fleeters from far away, our worldview upgrades.  Then the science kicks in – the dopamine release.  The great PoFo high.

And isn’t that what the device has become?  A system to manage our system of beliefs – a mirror not only of our faces but a utility to reflect back our habits, our meta-data, and deliver a dose of dopamine when shared.  We sell out when we use the phone for anything other than a phone call.  Potentially, our quest for identity, which is officially now 100% corporatized means we can longer be free to determine the meaning behind meaning.

With the Snap IPO ends the normalizing of this attention economy.  A complete triangulation has formed around a totally distinct form of economics.  Normalization of Facebook, Instagram and Snap created the environment for fake news to flourish last year directly due to the completion of this power triad of attention grabbing.  The mercenaries of this economy are black hat SEO agents and virtual writers that create content to serve eyeball numbers, little self-generating Bobofets of attention, and the clones of millennial celubutantes marching follower by follower into economic freedom.  Unlike any other time in human history, we have become the idols and idol makers. The effects were fast, the confusion vast and the generational gap larger than ever.

A 33 billion valuation for a company that is known as an “exotic derivative,” already admitting a projected loss of revenue and already creating enemies in Venice as their borg-like buyout of peoples hometown without any regard for integration says this about us: (1) the minimum wage will not go up based on the cost of living, (2) your meta-data is more valuable than you, (3) In order to not sell-out we must democratize how we sell our own meta-data by creating an open source, transparent, self-controlled API that moves the attention economy to an identity-economy.

The only way to really get the matrix to work for us is for programmers to break out of their wishful thinking that a huge salary will mean freedom and the real world.  If your money is made off the value of distracting people by manipulating them with neuromarketing techniques that are immoral, your money is tainted.  Venice’s heritage might be based in the highest bidder but it is also firmly rooted in the starving artist.  That’s where the magic of venice is – in those that are not immoral in how they make their money.

Artists are a group, however, and there is a mixed bag of value.  And to even consider placing a metric on the value of an artist would be uncouthe to say the least, if not totally antithetical to the laissez faire required to be one.

This is less a war with Tech Companies and more a war with how we value ourselves and our data.  The winners are not those with the most likes, in this sense, but with those who  developing the next Snap is a matter of deconstructing the sales model and placing power in the user’s hands.

They would like us to believe that the way we use our devices is completely healthy.  Just like they wanted us to believe cigarettes were good for you.  Just like they wanted us to believe any number of products on the market brought value to you, but each time the machine grips slyly onto a new method of deception to get our souls, we just open up more.  The future is not in Snap Inc, or Facebook or even Instagram – their domination of Venice means nothing in the end just like the brilliance of their business model.  They make money off nothing – intangible data points bought by advertisers.  Their sell is they are a future-camera company and they’ve got stories that vanish (but not really, since they are always saved) entering the ether with no particular destination other than asserting “I am here” and “We are alive,” mixed with 30 second adverts for cheetos and guns.  Who is buying?  Well, advertisers thats the great big secret to life out here in La La land.  Your eyeballs are all that is important.  Groups of eyeballs much better!  Just look at our president.

It’s important to ask Snap Inc for something tangible out of their great big nothing.  They would have to foot the bill for a new system that serves the community and us – perhaps they can sacrifice some engineers in their sales tracking division to build us an API that would destroy the trinity.

Now there’s a great unicorn company.  I can see it now, Masters of Meta-Data Mutiny.   Take back your data. We can work out the name. Any potential Snapee’s that want to defect reach out to me on my twitter.